Using real Neem oil, at first was slightly more pain than I thought it was worth at first. However, I did learn to use it properly after using it a few times.

When I first started selling the Neem, it was hydrophobic Neem. Ugh…what did I know?

To quote Michael Phillips, "The neem-derived insecticides on the commercial marketplace (like Neemix and AzaDirect) are basically an alcohol extraction of azadirachtin. Emulsifiers, activators, and stabilizers are added to make the final product easier to apply and store. The oil fraction left behind by this process demonstrates a limited effect against disease, from whence come the so-called hydrophobic Neem fungicides. These clarified oil products (like Trilogy) basically work due to the smothering effect of any oil formulation."

Well, there you have it. Real Neem costs a few bucks. The benefits of using it though are tenfold.

I have been selling the same Neem I use now for quite a while. The proof is in the pudding, or on the tree, actually. Stop in to get yours, available in up to 1-gallon bottles. 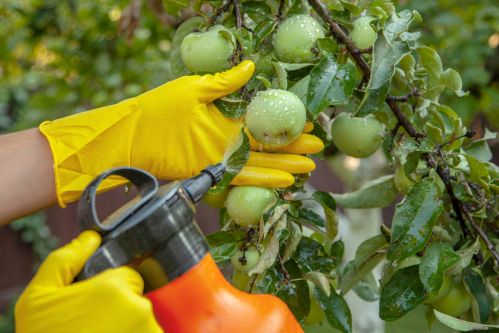